For equity market, most transactions are settled in designated stock exchanges, where stock exchanges acts as a central clearing counterparty to perform net cash flows settlement and to bear credit risk of individuals. 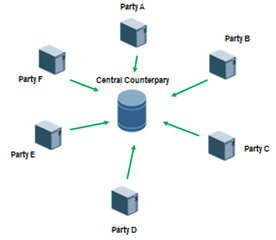 This Central Clearing mechanism could, however, be interfered by local government due to some risk management measures. For instance, the trigger of “Circuit Breaker Mechanism” in early 2016 in mainland China was blamed by some investors for the stop of share transactions due to the index price dropping below a certain percentage in a single day. Also banks and security brokers were prohibited to open short index future positions during the same period.

In contrast, foreign exchange market is a decentralized and global market. That means buying, selling, and exchanging currencies are done bilaterally, and it is directly operated by market participates themselves. The involved parties can be governmental treasury departments, international banks, financial institutions, insurance companies, or even individuals. Due to sovereignty issues involving two currencies, there is almost no international regulatory entities supervising the exchanging activities. 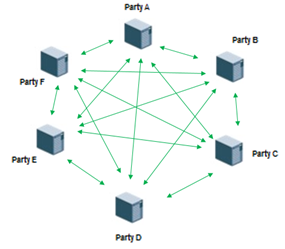 As a result, on one hand, foreign exchange market is considered to be an ideal place for criminals to hide illegal activities through money laundering. On the other hand, the operation of forex market is of less intervention, and it has less dependence on individuals likes system failures of a particular bank, market manipulation by a single broker, or holiday effects.

As currencies exchanging activities are involved for international trades, in order to facilitate goods import and export, forex market has been evolved to continuously operate in 24 hours mode except for weekends. Actually, for each individual financial hub, the trading duration is normally 8 hours which is the same as that of the regional stock market. Due to geographical dispersion, the whole global forex market will operate continuously.

Forex market starts trading from 21:00 GMT in Sydney on Sunday to 20:00 GMT in New York on Friday. In fact, there are overlapping trading hours between different centers. In such intervals, the trading volume in forex market would be generally larger, and therefore a more liquid and a lower bid ask spread environment will be formed.

Excluding the turnover generated from other stock exchanges, the above 2 figures simply implies that foreign exchange market has turnover at least several times larger than that in equity market. The higher the turnover usually implies the more liquidity of the market, which eventually results in a lower bid ask spread.

Additionally, due to increasing international trade activity and the global decentralized feature of FX market, the daily average turnover for forex was appeared to grow in size for more than 3 times in last 20 years.

In forex market, the basic unit to measure the amount of change in exchange rate is “price interest point”, or shortly “pip”. Nowadays, most commercial banks and forex brokers quote their rates up to 5 digits. For example, when the market quote for EUR/USD is 1.2345, 1 pip will equal 0.0001 which is the smallest change for the quote.

In fact, for most of the cases, 1 pip is equivalent to 0.0001 of the displayed pair quote. One of the exceptions is Yen-crossed currency pair where the quote is displayed up to 2 decimal places, and the unit pip would be 0.01.

There are some brokers now providing fractional pips where the rate quotes contain an additional digit of precision. Below figure were captured from the platform screen of a forex broker, the quote actually contains 6 digits and the bid ask spread at that moment was

or in term of marginal cost

On the other hand, for equity market, take HSBC (00005.HK) stock listed in HKEx as an example, the captured spread was

or in term of marginal cost

From above, it can be seen that the margin cost in FX market is almost one tenth of that for stock market. As bid ask spread can be regarded as a kind of transaction cost, the lower the spread is, the higher the profit margin will be. As a result, FX market could generally yield a higher profit margin.

When trading a currency pair, it involves 2 different currencies which is associated with corresponding interest rates. As forex market is operated over-the-counter, the overnight interest rate does not always follow the central bank rate, but is instead constructed based on the forward points from interbank borrowing rate.

For spot positions holding overnight, forex brokers would calculate the financial charges, or rollover swap to process the opened positions. A position taker would receive financial credits on the long position, and pay financial charges on the short position. Due to the difference in interest rate level for different currencies, the net interest difference can either be positive or negative.

As most banks are closed during weekends, rollover will not be applied for these days, but banks will still take these days into account for interest calculation. For the weekend issue in forex market, a general practice would be to book 3 days of rollover on Wednesday. In other word, for a position held overnight on Wednesday, the rollover swap paid or received would be 3 times compared to other weekdays.

From below AUD/USD contract specification captured from a forex broker, a buyer could earn overnight interest for a long AUD/USD position, or loss a relatively higher interest amount for a short AUD/USD position. The rollover property in forex market could create trading strategies such as carry trades. 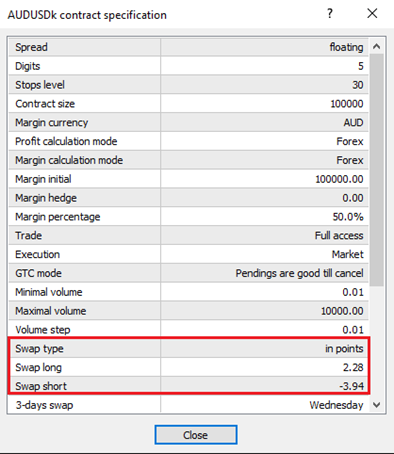 Leverage is commonly used to gear up the potential profit. Similar to options and futures, leverage in forex market is operated through a margin account where an investor can open a position with value much higher than his/her initial capital. The use of leverage, on one hand, may be attractive for investors to scale up their profits; but on the other hand, any losses will also be multiplied as well.

In contrast for forex market, due to the decentralized feature, forex brokers are of less supervision. As a result, forex brokers can provide even higher leverage up to 100:1, 200:1, 500:1, or 1000:1. Therefore, forex investors might have more chance to earn a higher yield compared to equity and future market.

As said earlier, the higher the turnover normally results in the higher liquidity and the lower bid ask spread. Therefore, in forex trading, most investors will mainly focus on the direct and cross pairs from these 7 currencies. 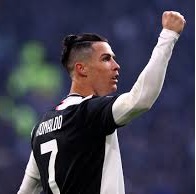 Gupta
Very detailed explanation for beginners. Thanks for sharing! 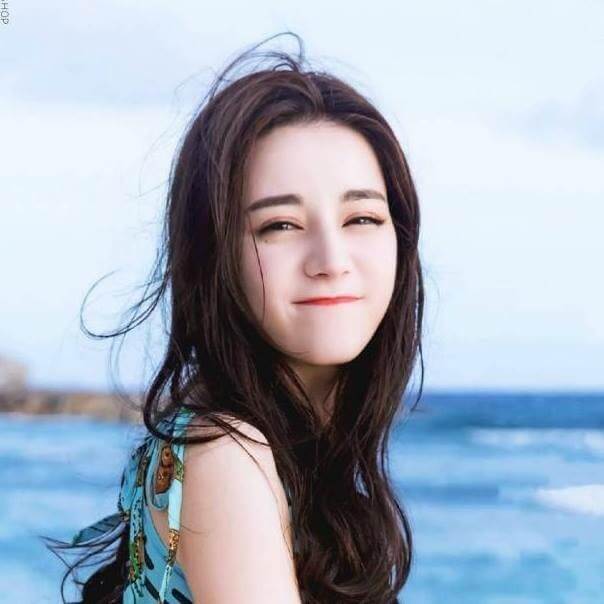